The exhibition Embodied Spaces (2015) is curated by Christine Eyene and features works by an international group of women and queer artists addressing the body, gender, and sexuality in their work within the frame of African, Caribbean, Pacific, Black and Romani cultural identities. 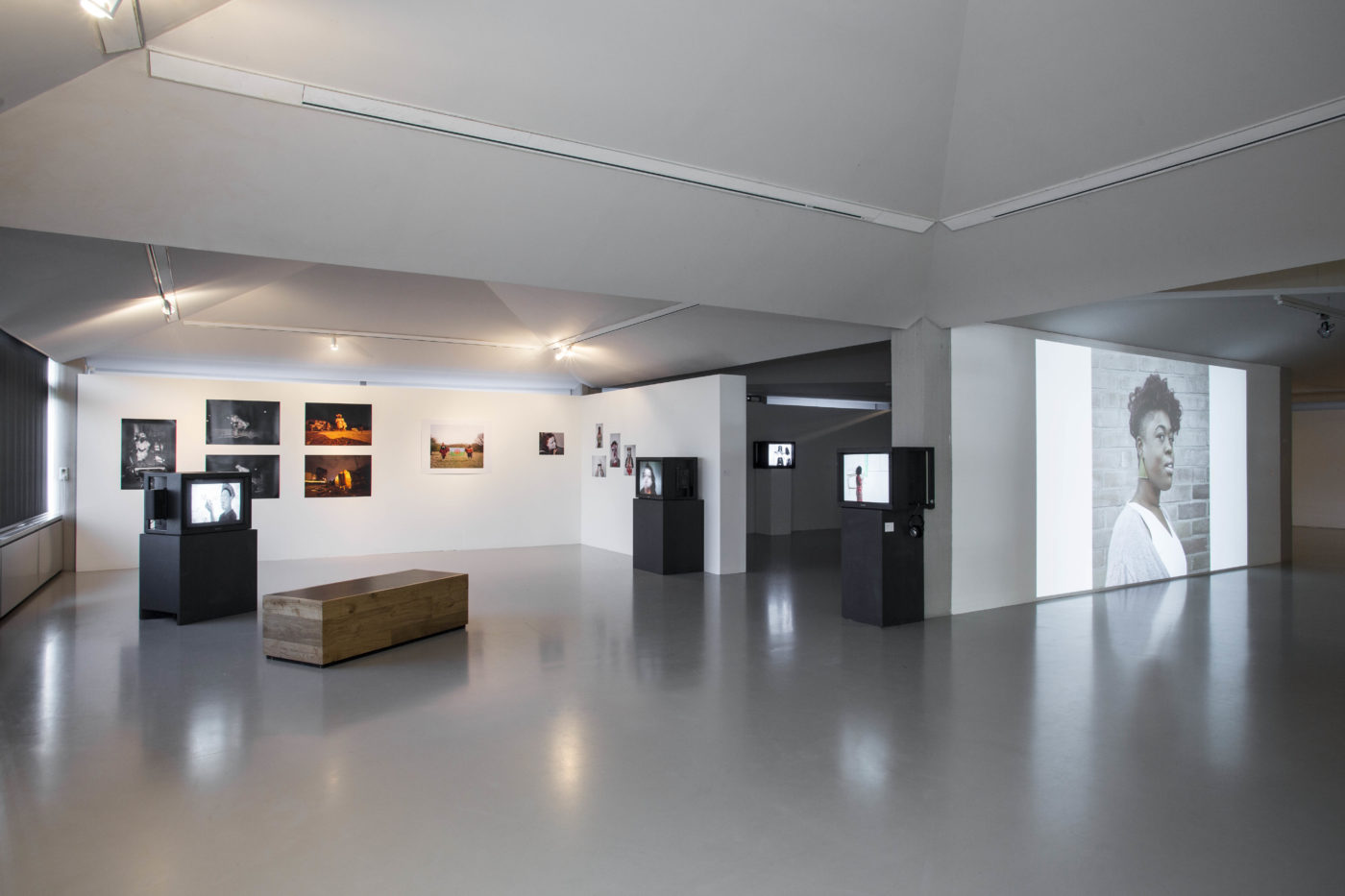 In this project, Eyene continues an ongoing cross-cultural dialogue takes as point of departure the work Images and Conversations from the 1980s (2011) by Susan Walsh, a show reel gathering rare visual material featuring images of artworks by pioneering Black British women practitioners, as well as conversations between the artist and curator Lubaina Himid and several of her peers, including Sutapa Biswas and Sonia Boyce. Embodied Spaces draws from the diasporic context that has informed Eyene’s gender-oriented curatorial practice and engages with Walsh’s piece through body narratives that question past and present spaces of representation.

Presented in the exhibition are mixed media works by Amsterdam-based artist Patricia Kaersenhout positing the black female body between absence and pornography while Jeannette Elhers’ The Invisible Empire (2010) addresses modern slavery and human trafficking. Looking at body aesthetics, Hélène Jayet and Lisa Hilli address the stigma and aesthetic of Afro hair. Romani cultural identity is evoked through collaborations between Delaine Le Bas, Tara Darby and Ronke Osinowo. Ope Lori’s video Deracination (2010) critiques Black British music videos, an industry in which black female bodies are replaced by white female bodies, while Cecilia Ferreira’s tragicomic disfigured Belle (2014) derides the pressure put on women to conform to mainstream beauty canons. The healing nature of self-portraiture associated to cathartic rituals is conveyed in Ferreira’s Chaos Within (2009) and Euridice Kala’s Not Like Other Santas (2013). Evan Ifekoya’s video and performative multimedia pieces See Learn Teach (2012) and The Gender Song (2014) challenge notions of cisnormativity and gender roles. Finally, Shigeyuki Kihara’s triptych Fa’a fafine: In the Manner of a Woman (2004-05) both evokes the voyeuristic nature of ethnographic photography and asserts her third gender identity – an identity traditionally accepted in cultures from the Pacific. 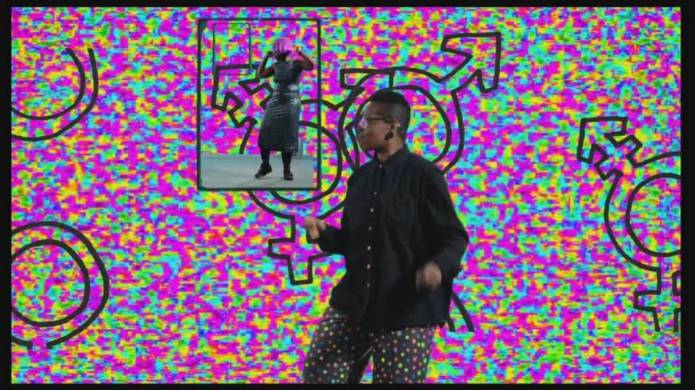 Embodied Spaces is conceived in a manner that is not contained by the gallery space but spreads out across the Tolhuistuin – a multidisciplinary cultural venue – in the form of a public space display. Consisting predominantly of works of a personal or intimate nature, the project takes on a double approach, engaging with the idea that ‘the personal is political’ – as attributed to feminist artist Carol Hanisch in the late 1960s – and extending this assertion to the notion that the political belongs in the public sphere. The display concept also draws from the notion of ‘non-places’ defined by French anthropologist Marc Augé in Non-Lieux: Introduction à une Anthropologie de la Surmodernité (1992) who reflected on public places that hold no significance other than infrastructural, places of passing, of transience; places that nonetheless exist as the location of parallel forms of existence and creativity.

Embodied Spaces is developed in collaboration with the Making Histories Visible project, University of Central Lancashire and is supported by the Mondriaan Fund. 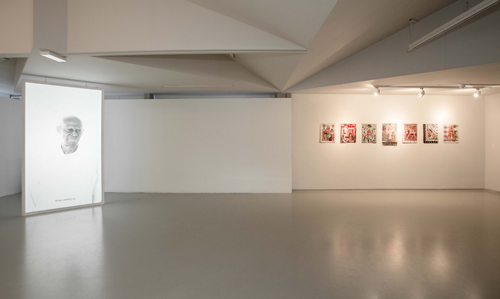 Alongside the exhibition an extensive public program will be organized in collaboration with curator Amal Alhaag (co-founder of The Side Room, a space for intersectional feminist, queer and anti-colonial discourse and art) consisting of a series of public events.

On June 23rd 2015 Framer Framed will host the amazing performance directed by Milone Reigman VENUS – The anti-hero Hero, on the history of black bodies and representation in art. The exhibition space will be alive with discussion, music, performances and… art by Shertise Solano and Ronald De Graaff who created a series of beautiful masks especially for the  Venus performance.

The intervention by Hélène Jayet with photo sessions on the theme of Afro hair is open to the public, as well as the exciting programme Perspectives. 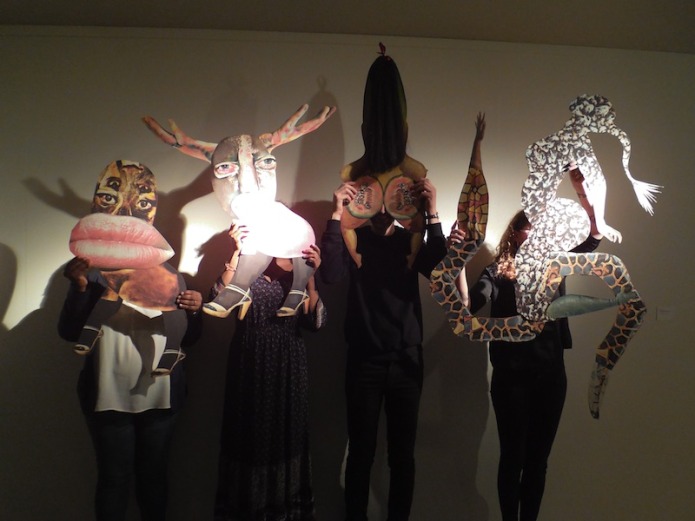 Article: Multiversum, a reflection upon the exposition 'Embodied Spaces'