It is hard to imagine now, but five years ago Overhoeks and the IJ bank were not yet the cultural hotspots for the city that they are today. Despite the wide range of possibilities on offer, Amsterdam Noord still often experiences a barrier to visit the art institutions on the IJ-bank. As a result, many residents of Noord still do not benefit enough from the cultural infrastructure. With this in mind, the idea of starting up a project space in the Molenwijk.

In the Molenwijk, Framer Framed created a place that is widely accessible, with an emphasis on a younger audience. In doing so, we were supported by a study we commissioned in late 2016 from the Sociology Department of the University of Amsterdam, led by Adeola Enigbokan, who mapped the cultural needs of local residents. This showed, among other things, that activities for young adults - especially young women - are limited. So there was still a lot of ground to be gained in that area.

September 30, 2018 was the day: after more than a year of preparation, Werkplaats Molenwijk was opened by Framer Framed. Through art residencies, exhibitions, meetings and an educational program, visitors and local residents are not involved as passive spectators but as active participants. Werkplaats Molenwijk is a place for art and culture, with room for cooperation with local residents. They can initiate programmes and participate in the organisation. It is also a place where local knowledge and experience is translated into art projects in various ways. This takes shape in participatory artistic research, community building and bottom-up commissioning, residencies, education and learning, and an open house function for neighbourhood initiatives and meetings.

Werkplaats Molenwijk has become a vibrant place in the neighbourhood with its own diverse community attached to it. It is an unusual step for a presentation institution for contemporary art to focus its attention on a neighbourhood location that is less conspicuous, hidden under a car park and explicitly focused on the local context. But it is a conscious choice. Framer Framed has since moved from the northern IJ-bank to Amsterdam East, but with the Molenwijk we have established a lasting bond. 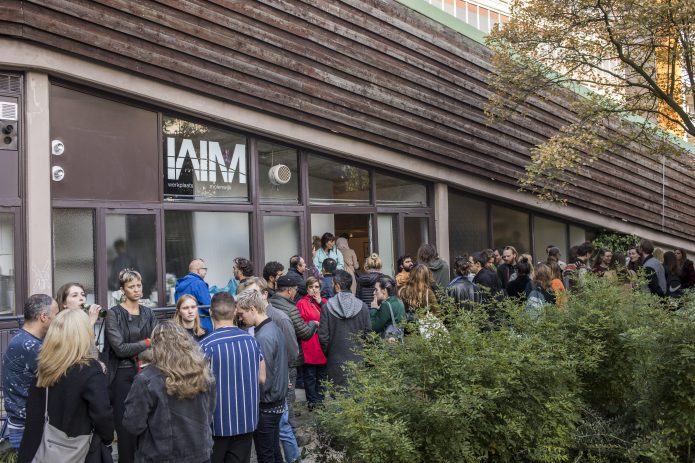 Framer Framed believes that it is of great importance to focus on target groups that do not automatically come to an exhibition space and to introduce them to visual art by showing it, judging it and making it yourself. It contributes to self-confidence, offers opportunities to express oneself and teaches critical thinking. In addition, the aim is to facilitate encounters and dialogue between different groups in the neighbourhood, to discover new talent and to offer them a podium.

The Power of Self-Interpretation: Ideas on Starting a Community Museum, door Teresa Morales

Since the founding of Framer Framed, 'collective curation' has been high on the agenda. One reason for this was the participation of anthropologist Teresa Morales in one of our first programmes in 2010. In the early 1990s, she played a key role in the development of 24 so-called 'community museums' in southwest Mexico. These museums allowed different local communities to participate jointly in the planning, construction and programming of their own place. Morales' goal was therefore to democratise museums. It is still a great source of inspiration for Framer Framed.

The community museums are centres for cultural encounter and action, where new initiatives arise. They offer programmes aimed at strengthening the cultural identity of young people and adults in collaboration with artists and craftspeople. This methodology is an example for cultural institutions that want to work with local communities. 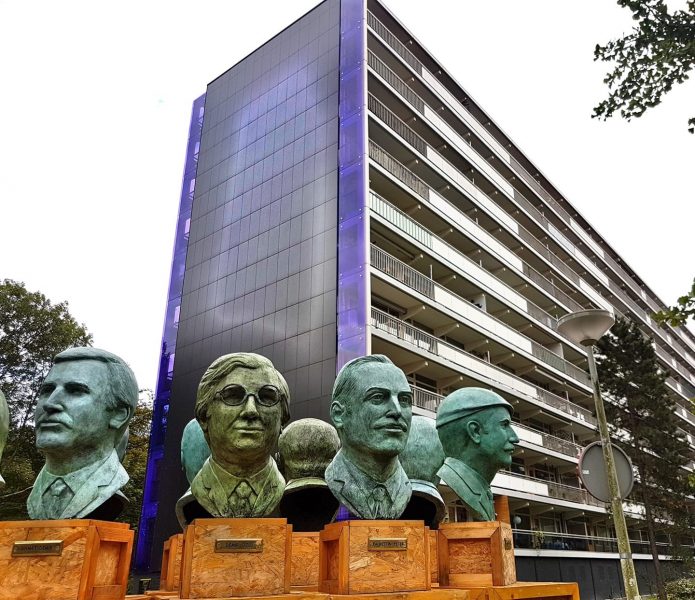 Werkplaats Molenwijk is part of a quest to create public institution, a cultural organisation that is at the heart of society. Visual art and social civil initiatives can go hand in hand. That cooperation starts locally, with active people from the neighbourhood. For us, the workshop is first and foremost a social domain. The interaction between works of art and the public creates a temporary world of meanings, where there is room to meet, exchange, discuss and analyse. We seek our partners not only in the cultural world but also in the social world, and with them we organise an extensive public programme around the exhibitions. We challenge dominant stories. We offer space to smaller or underexposed ones. In this way, a diversity of histories emerge side by side. Framer Framed is looking for places where differences in world view, religion, culture and prosperity lead to confrontations or, on the contrary, to new connections. The philosopher Etienne Balibar made a striking observation about this: borders and border areas are the laboratories or workshops of a future citizenship. Now that the government in the Netherlands is increasingly leaving the public and social domain to the citizens themselves, it is time for such workshops. Built around the question: how do we achieve more ownership and control over our neighbourhood and society?