Crisis of History is a series of exhibitions curated by Robert Kluijver, the first of which took place at Framer Framed from May until August 2014.

The exhibition with an extensive public program is concerned with the crisis of history and how this crisis is felt in the art world, particularly in the Middle East. As Kluijver remarks in his curatorial statement:

“We used to believe we were going somewhere, in history. During the 19th and 20th century the ambition of modernity swept all over the world, bringing considerable change and promising much more. But now the ‘End of History’ is said to have arrived. 25 years ago, exactly, this phrase was first used, as the Berlin Wall fell and the West triumphed.”

With ‘the End of History’, Francis Fukuyama meant that the triumph of the West over its communist foe signaled the endpoint of humanity’s socio-cultural evolution; Western liberal democracy was the final form of human government. “What we may be witnessing is not just the end of the Cold War, or the passing of a particular period of post-war history, but the end of history as such: that is, the end point of mankind’s ideological evolution and the universalization of Western liberal democracy as the final form of human government.” 25 years after this seminal text, which ushered in the post-modernist era, Robert Kluijver wishes to examine the legacy of his thought. But this is not an exhibition about Western liberal democracy, capitalism or post-modernism and its purported evils; this exhibition is about history itself. History has reached an impasse, as it no longer has any directional power, although it can still teach much to humankind. The whole field of history needs to be broken open. 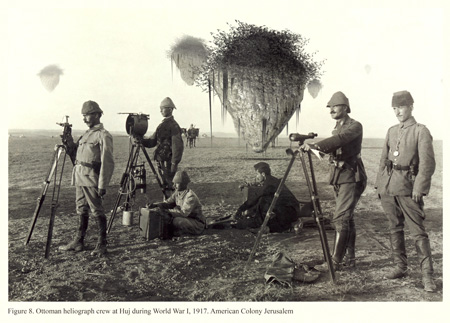 History enjoys the status of a Western academic discipline. Of course, forms of historiography have existed in many cultures, long before ‘the West’ was even a concept. But the way history is taught today, in schools all over the world, as an all-encompassing explanation for the socio-political system we’re living in today: that was developed in the West, in the era of nation-states. We were taught that our collective identity is the result of the socio-cultural processes of history. To question this narrative is tantamount to treason. This shows the ideological interpretation of history that is now rife and shows that it is not a purely academic discipline. This is what makes the task of ‘breaking open the whole field of history’ such a daunting one. A task which can only be undertaken by artists. Because in our social ecosystem, the artist is the only person allowed the latitude to ask fundamental questions.

There is one region in the world that is seen to be suffering particularly from this crisis of history: the Arab world, or the Middle East, or the Islamic world. Since the so-called ‘Arab Spring’ erupted in 2011 the discomfiture of people trapped in socio-political regimes that they reject has become manifest to the rest of the world. But one can easily argue that a feeling of ‘crisis of history’ has existed in the Arab/Islamic world since the mid 19th century, when Arab, Iranian, Indian and other intellectuals started wondering why their societies were lagging behind while the West was taking off. There have been periods of hope and periods of despondency. Now the status-quo in this region is exploding. Artists from this region of the world cannot blithely retreat into their own post-modernist reality, as so many Western artists seem to be doing; the unfolding events, not only in their region but throughout the world, are forcing them to ask the most intractable questions: what is this global crisis of history, how did it come about and how are we going to deal with it?

Crisis of History features those artists, not only from this region experiencing such upheaval, but also from the West and the rest of the world, who through their work contribute to our understanding of this crisis, asking questions that undermine the false security the ideology of history provides us, and thus allow new intellectual landscapes to emerge – in the minds of the viewers at least.

Encounters
The exhibition was supplemented by an extensive supplementary program containing film screenings, theatre, literature, music, debate, tours and critiques. This allowed for a deep reflection on the subject of the exhibition and also to explore the potential meaning of the exhibition in the broader art world. The further two installments of this exhibition will be featured in the summer of 2015 and will continue this exploration of the Crisis of History.

About the creation of the public programme Crisis of History.

On the relationship between art and political conflict and how it has been reshaped by digital media and the internet.

Tours through the exhibition Crisis of History #1