Review: 'On the Nature of Botanical Gardens' at Framer Framed

Botanical gardens are enjoyed today as places of leisure, where one is able to view a vast variety of plants and flowers from around the world. Yet, these sites are also tools of empire intrinsically tied to colonial practices of collecting and displaying “ethnographic” objects. In Amsterdam, Framer Framed’s latest exhibition looks at the dark side of botanical gardens as a way of asking what is lost in the process of colonialism. Titled ‘On the Nature of Botanical Gardens’, it is curated by Jakarta-based scholar Sadiah Boonstra and features nine contemporary Indonesian artists.

The show is centred around Walter Mignolo’s concept of “decoloniality” which calls for a reconnection to modes of thinking and living before colonialism. What this entails is a critical politicisation of how knowledge is established and whose perspectives are valued. Zico Albaiquni subverts the Dutch colonial gaze by co-opting imagery from Mooi Indië painting and layering it with narratives from different cultures and histories. His monumental painting ‘Ruwatan Tanah Air Beta, Reciting Rites in its Sites’ depicts the pavilion inside Kebun Raya Bogor (National Botanical Garden Bogor) where the artist attended a traditional Sudanese cleansing ritual called ruwatan. By inserting references to the stone statue of Hindi deity Nandi and flat baskets of rice which is commonly used in ruwatan, Zico conceives the painting as a cleansing ritual which shifts the viewer’s perspective towards Sudanese cultural traditions. 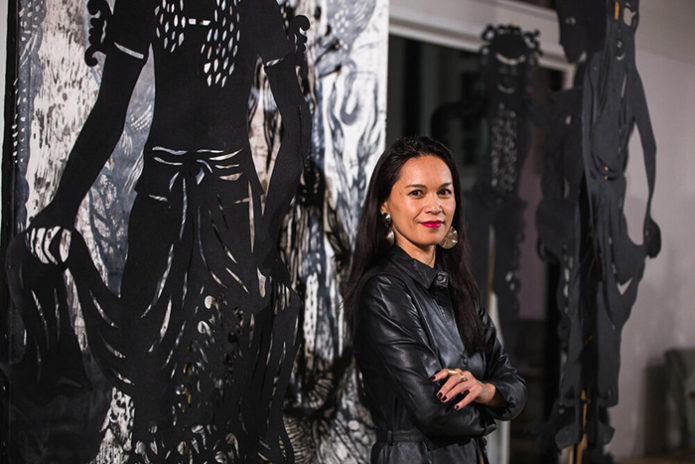 Boonstra attributes her career-long interest in confronting colonial histories, collection and exhibition practices to a formative period interning as an assistant curator at Tropenmuseum in Amsterdam. “What is happening in Indonesia is exactly what Mignolo describes as ‘decolonial praxis’,” she remarks. Elaborating on Zico’s work, the curator points out that the flat baskets of rice in his painting also comment on another exhibition at Framer Framed, herman de vries’ basic values (2015). “Both of us had seen the show and thought it was deeply problematic,” she adds. “It seemed to essentialise nature and people in Indonesia in a way that drew strongly on colonial practices. de vries had never visited Indonesia and got all the knowledge that went into the exhibition from books, very much in the manner of an armchair scholar which was the practice during colonial times.” 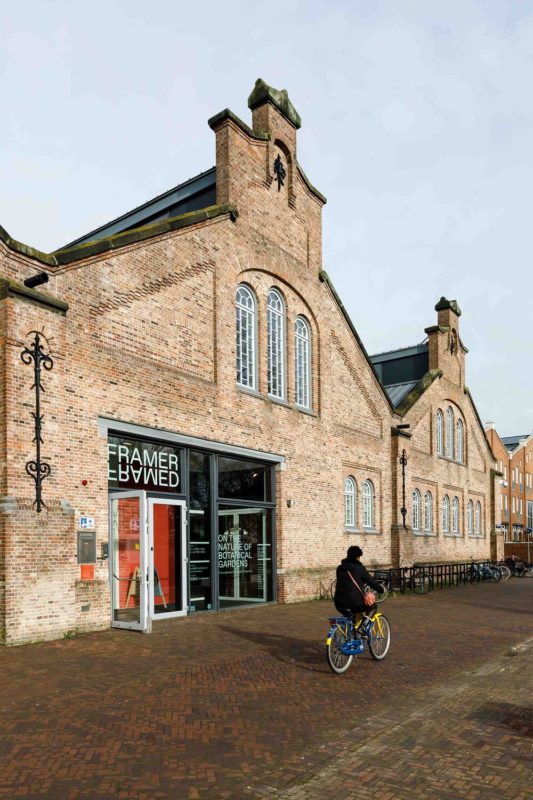 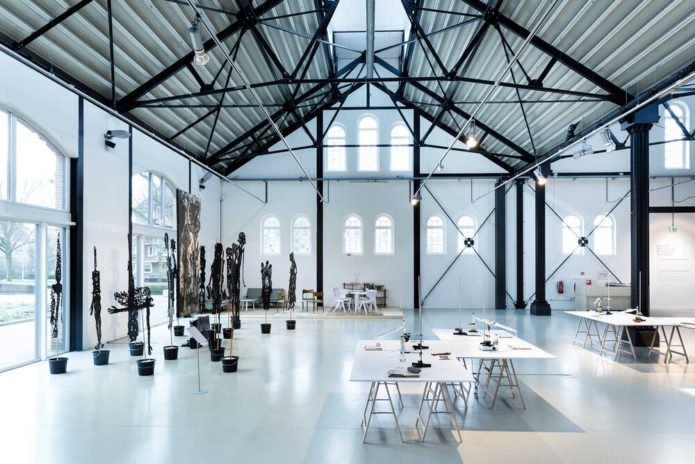 A major strength of the exhibition is its diverse selection of artists, across gender, age and media. While it was a conscious decision to focus on contemporary artists from the beginning, Boonstra also stressed that gender balance was an important consideration in her selection. Indeed, out of the nine participants, there are four male artists, four female artists and one collective. Strong female voices include veteran artist Arahmaiani, whose work ‘Memory of Nature’ is a soil bed of living plants that continues to grow over the span of the show. Inspired by her engagement with Tibetan monks and their practice of sand painting, the work is a reinterpretation of the mandala in today’s context. By using natural materials such as wood, soil and vegetation, Arahmaiani reflects on human’s relationship with nature and the ethics of care necessary for harmonious living.

That said, the curator acknowledges a limitation in geographic representation as most of the artists originate from Java, with the exception of Sinta Tantra who is Balinese. 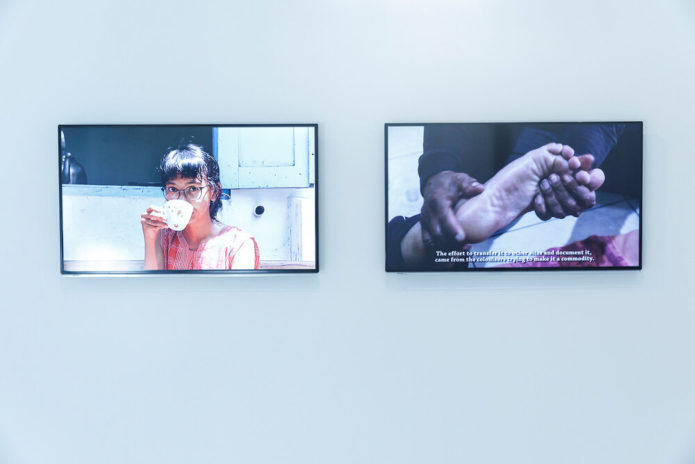 Lifepatch is a cross-disciplinary group whose work straddle the arts, social interests, science and technology. Their contribution to the show is ‘Spectacular Healing’, a two-channel video work concerning the effects of colonisation on the Batak tribe in North Sumatra. Its starting point are pustaha, books containing herbal and medical knowledge, of which hundreds were taken away during the colonial period. One video displays the process of jamu-making from natural ingredients, such as roots, bark, flowers, seeds, leaves, and fruits; while the second video shows a discussion among Lifepatch and their collaborators on the connections among the botanical garden, traditional healing methods, and decolonisation.

While ‘Spectacular Healing’ deals with the export of medical knowledge, Elia Nurvista‘s ‘Noble Savage’ series focuses on the movement of goods and people facilitated through trade networks established by imperialism. The work is concerned with the question of what is foreign. While “exotic” luxury items such as tropical fruit are regarded as positive and precious, people who arrive from the same countries are often rejected as “alien”. Elia inserts ironic quality control labels to Old Master still life paintings and collage contemporary symbols onto pictures of the “noble savage”, a gesture which adds critical and humourous layers of meaning to these images. 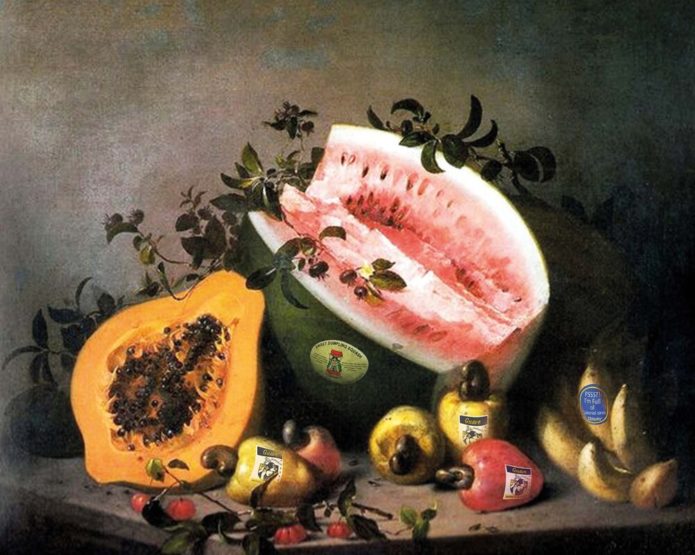 ‘On the Nature of Botanical Gardens’ exemplifies Mignolo’s concept of decoloniality in the way it gathers artistic strategies that blurs the boundaries between theory and practice, scholarship and activism. Conscious of one’s place in the colonial matrix of power, the artists go beyond simply problematising the colonial past to find different ways of being. This results in markedly different expressions and tenors, with some serving as reminders of marginal histories while others provoking a reassessment of one’s attitudes.

We would like to thank Art&Market (A&M) and Ian Tee for the review. Click to read the original article ‘On the Nature of Botanical Gardens‘ by Ian Tee on A&M’s website.

Exhibition: On the Nature of Botanical Gardens

Exhibition with works by artist herman de vries; a celebration of the cultural and biological diversity of Indonesia. Curated by Roel Arkesteijn