Beginning 19:00 Location Framer Framed at the Tolhuistuin IJpromenade 2 1031 CC Amsterdam Route Framer Framed at Tolhuistuin can be reached from Amsterdam Centraal Station with the ferry ‘Buiksloterweg’. The exhibition space is located on the first floor, next to restaurant THT.  The exhibitionspace is accessible via a lift for wheelchair users. This event can be joined free of charge and will be held in English

Concluding event to the group exhibition Ancestral Blues – The Return to The State of L3 (2015) curated by Vincent van Velzen. In the exhibition, themes such as migration, roots and identity are explored. The title ‘Ancestral Blues’ was partly inspired by [the musical genre] Blues, sprung forth from great migration flows in the past. During this evening, we will follow up on this connection and touch on the relationship between identity, music and contemporary art. 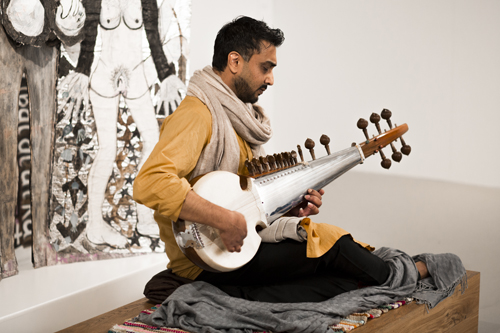 Following German cultural theorist and art historian Fatima El-Tayeb, we propose to achieve a concept of the diaspora that includes individuals who may not have a “lost home” but, despite their status as citizens, have been marginalized and excluded from many rights. Working off this concept of the diaspora, Diasporic self: sound as lingua franca looks at the role of music, its ability to help shape (new lexicons) and influence the formation of the Diasporic Self in contemporary black cultures across Europe.

This event mixes and interweaves conversations with performances, sound columns and contributions by:

The evening is curated and moderated by Amal Alhaag. 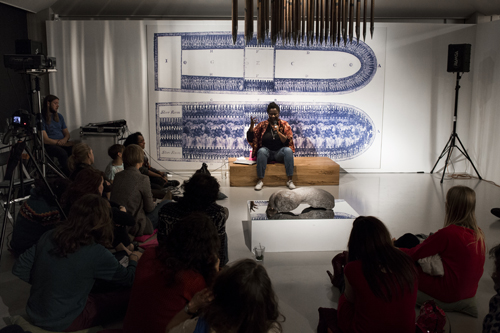 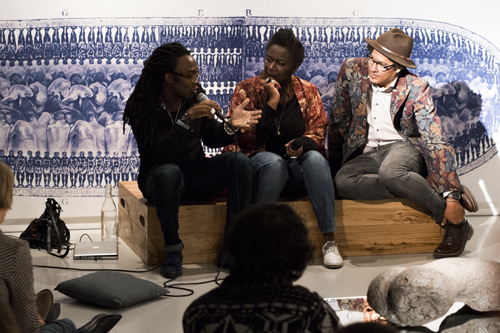 Part of the evening is the performance ??Fullmoons later/ wata kulture II, by d’Em’kal Eyongakpa, that has been developed for the festival Africa Acts in collaboration with FGO-Barbara and Kadist Art Foundation. The performance consists of a 5.1 surround sound experience…soundscapes, vj’ing, spokenword, music excerpts and percussion.

Below a video registration of the performance filmed by Smaranda Olcèse during the festival Africa Acts (2015).

Expositie: Ancestral Blues - Return to the State of L3