In August 2022, another form of the CICC was presented on Kansalaistori Square, Helsinki. The Comrades in Extinction installation, consisting of images of animals that have been made extinct from the colonial period onwards was built facing the Finnish Parliament.

During the inauguration of the tower, Ánnámáret, Elif, Saad and the Philomela Choir led a musical procession from the parliament to the square, carrying the images of the extinct, each termed “comrade” in a different – sometimes extinct – language. The score, based on a script written by D’Souza and Staal, contains the names of the extinct, as well as slogans that declare intergenerationality, interdependency and regeneration as the pillars of our shared human and non-human struggle against extinction.

The tower turned into a live festival of remembrance and resistance that calls for regeneration of life and species. 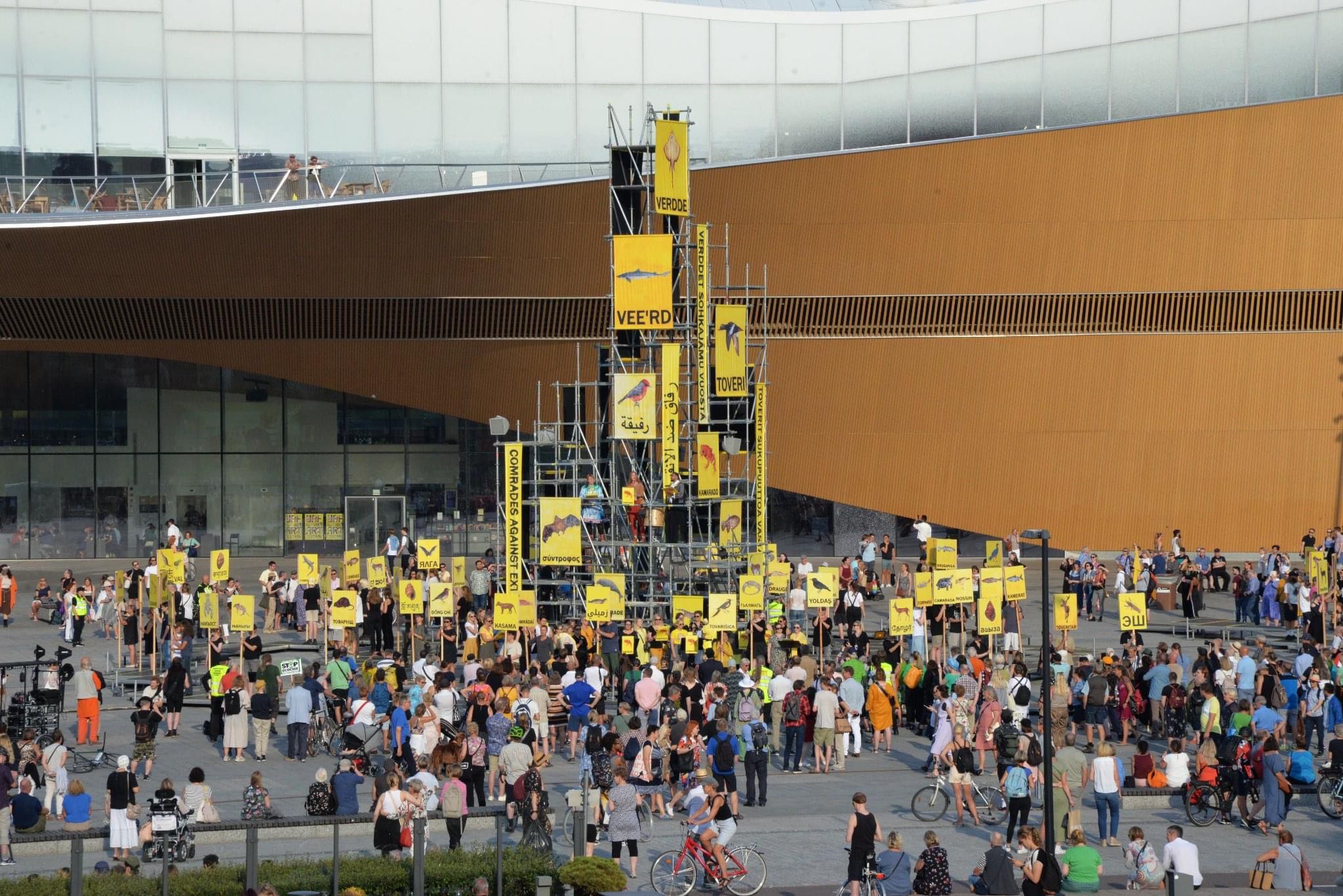 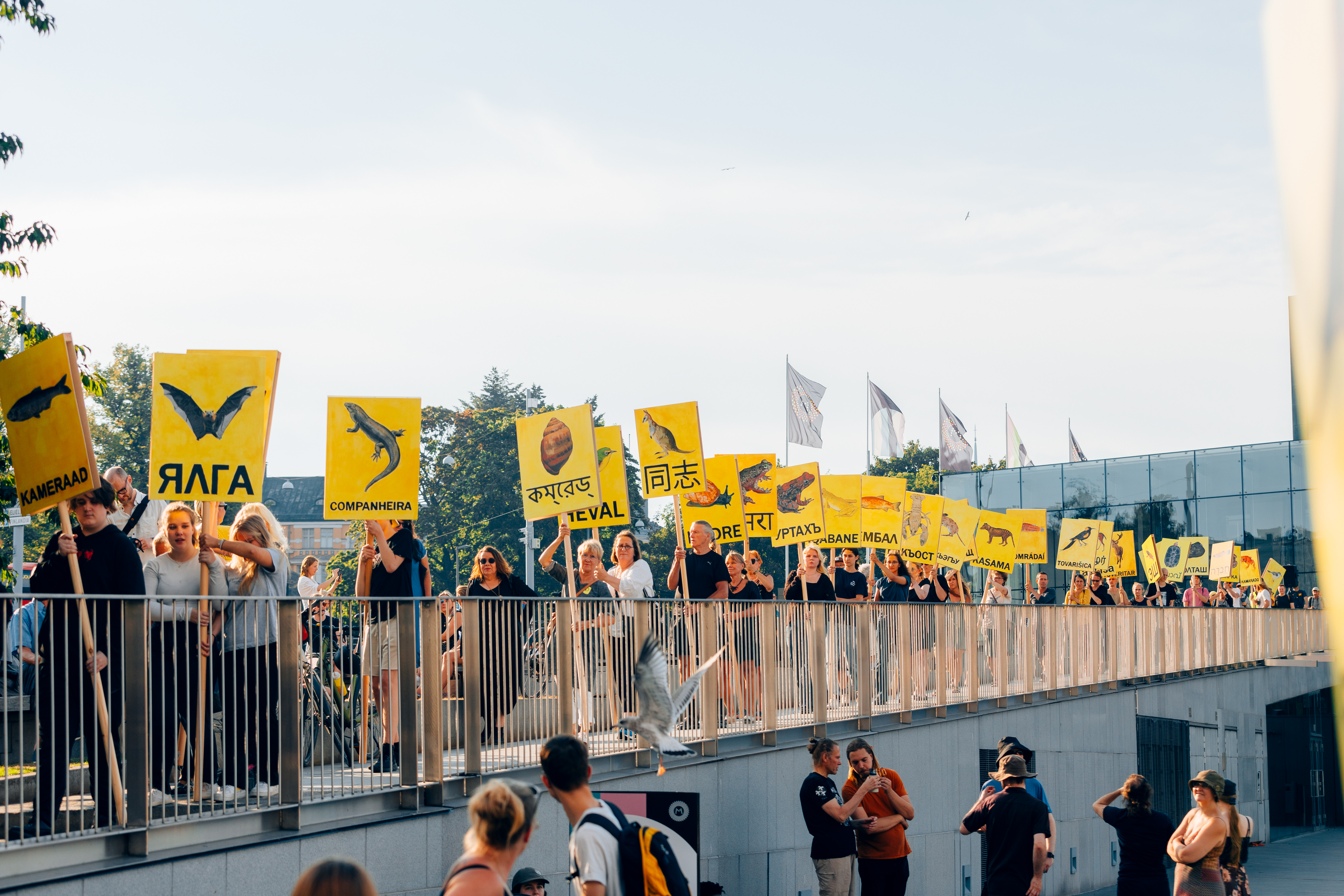 The inauguartion of the Comrades of Extinction installation was part of the Helsinki Festival, the largest arts festival in the Nordic countries. 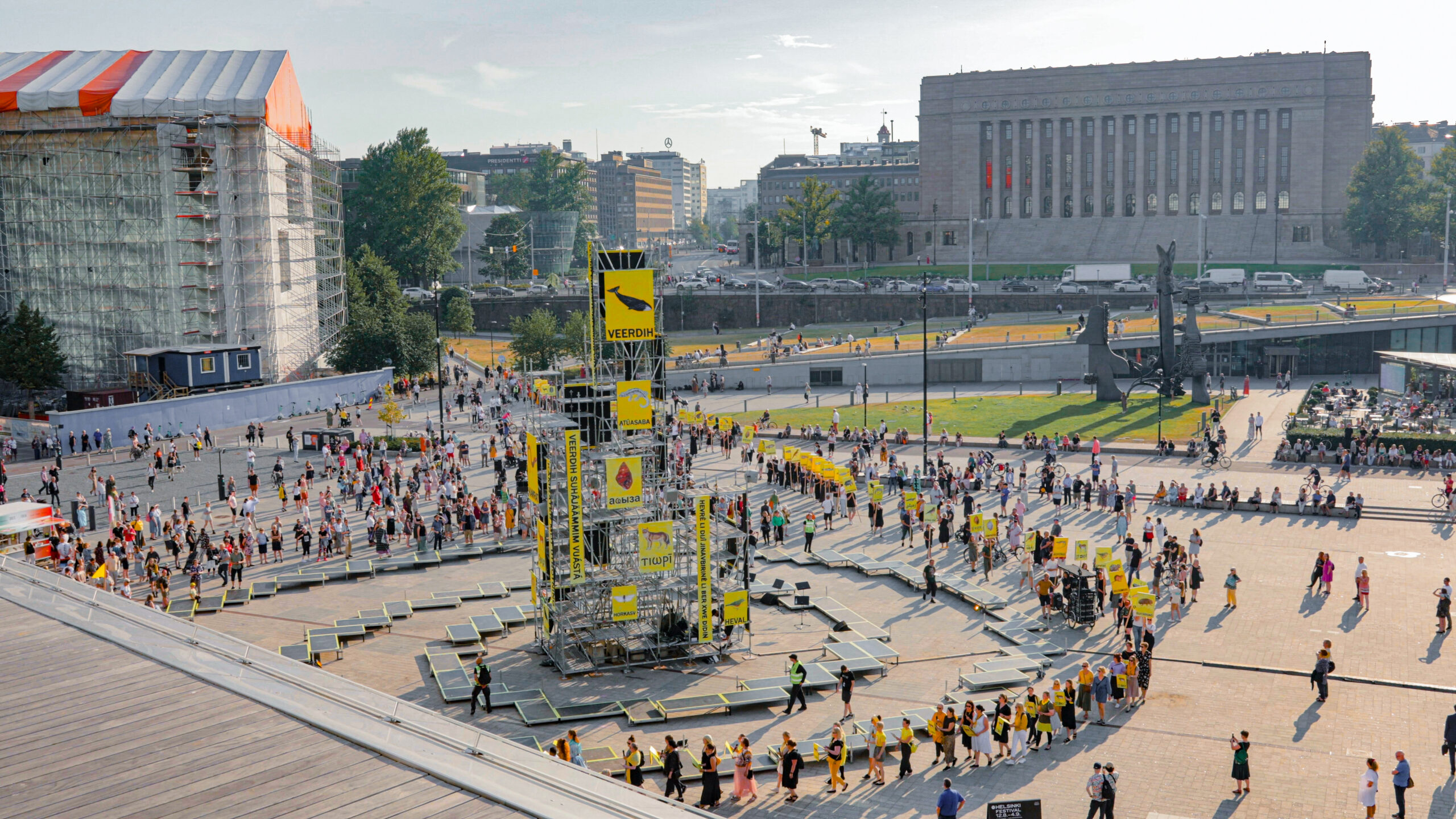