Exhibition: Voices Outside the Echo Chamber

Voices Outside the Echo Chamber takes the phenomenon of echo chambers as a starting point for understanding the meta-framing producing current discourses on migration. The form of recent debates about migration to the European continent mirrors that of online filter bubbles, or so-called echo chambers, in which individuals intensify their world-views by surrounding themselves with information that corroborates and echoes back their own beliefs. The recurrent use of terms such as ‘crisis’, ‘borders’ and even ‘human rights’ in recent discussions on migration largely disregards the complexity of human mobility and movement, obscuring the histories, created largely by European colonial powers that call for closer attention to the conditions and uses of such words. 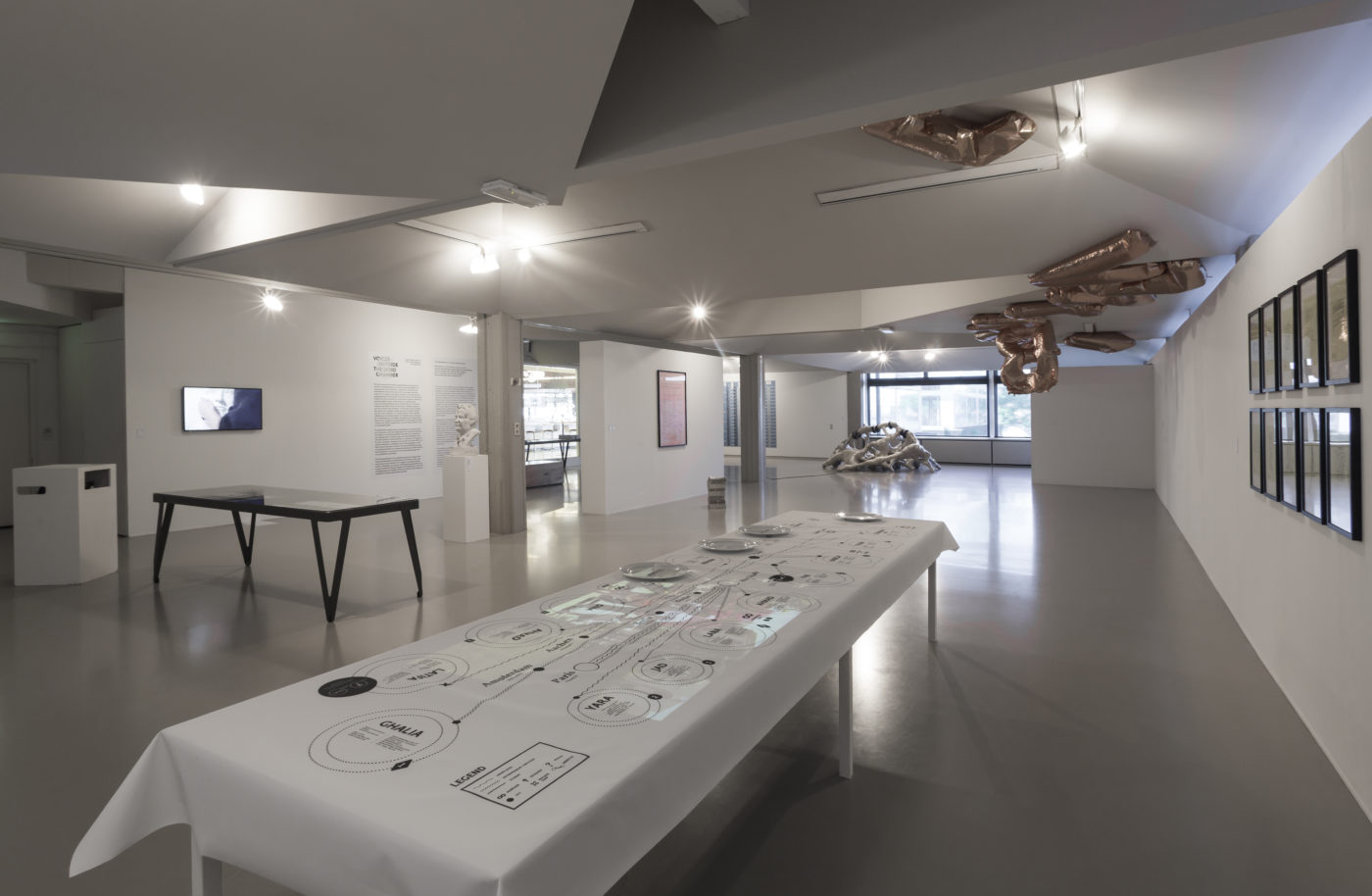 Departing from the dialectical relation between the discourses of ‘human rights’ and ‘border control’, the exhibition Voices Outside the Echo Chamber explores the complexity of human migration beyond supposedly fundamental notions and the repetitive use of empty signifiers. The artists’ works in the exhibition break out of these echo chambers, freeing themselves from the regulated discourse propagated through the language used by the media, NGOs and other institutions, which conveniently filters out all other possible perspectives. In an attempt to unsettle these fundamental notions and concepts, the exhibition calls attention to modernist knowledge-systems and structures of truth-making at work today.

The exhibition and the event-program question perceived realities and locate perception gaps. They reflect on actorhood, imaginary geographies, images and the conditions and use of language in debates on migration. In destabilizing prevailing views on migration from a historical and contemporary perspective, and by shifting and displacing the meanings of supposedly fundamental concepts such as ‘human rights’ and ‘borders’, the exhibition and the event program create space for voices that are otherwise filtered out or marginalized.

More information
For more information on the artists and their works in the exhibition: refer to hand-out in “Attachments” at the bottom. 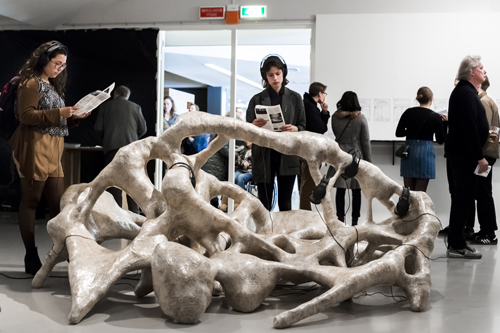 17:00 – 18:00 Exhibition opening
of the exhibition Voices Outside the Echo Chamber at Framer Framed.

18:00 – 19:00 Performance €urovisions
For the occasion of the opening of Voices Outside the Echo Chamber: Questioning Myths, Facts and Framings of Migration, European Souvenirs will delve into recent footage and archival audio-visual material related to issues of migration and border control, revisited during an artist residency one week prior to the exhibition. The hour-long performance €urovisions is an audiovisual journey through their re-interpretation of European institutional archives, aiming to capture the views of a new generation of media-makers addressing key concerns and recent developments on border control and migration.

€urovisions is presented within the framework of the exhibition Voices Outside the Echo Chamber: Questioning Myths, Facts, and Framings of Migration. The performance also coincides with the opening of Beeld voor Beeld film festival and is supported by Ongekend Bijzonder and European Cultural Foundation.

In 2012 European Souvenirs premiered in Amsterdam and has been travelling to different cities in Europe since. Their live cinema performance €urovisions is a longterm collaborative project together with @DocNextNetwork, an initiative of the European Cultural Foundation, curated by @ZEMOS98.

20:00: Opening documentary film festival ‘Beeld voor Beeld’
with the Dutch premiere of the film Trapped by law (2015) by Sami Mustafa at the IJzaal in de Tolhuistuin (next to Framer Framed exhibition space). Free entrance

Alongside the exhibition two public events will take place at Framer Framed, both events are curated by Katayoun Arian.

A dialogue with Angela Anderson and Katayoun Arian.

Event in the context of the exhibition Voices Outside the Echo Chamber on the European Migratory Control System.

Screening short films as part of the Doc Next Media Collection, that show perspectives from young migrants in Europe.

Escaping the Echo Chamber: Perspectives on Immigrant Representations in the Exhibition Space