Framer Framed is relocating to East Amsterdam. On August 1, the foundation will be given the keys to a space in the purification hall of the former Oostergasfabriek (an old gas works). Framer Framed is a platform for art and culture. The foundation shows exhibitions in which politics play a significant role.

Current Visions from Colombia (2019) is the latest exhibition hosted by Framer Framed in the Tolhuistuin, in the North of Amsterdam. Directors Josien Pieterse and Cas Bool are wildly enthusiastic about the new exhibition space. There is hardly a note of bitterness in their voices, even though they have been more or less forced to leave their exhibition space in the Tolhuistuin where they were located for five years.

“We were informed last May that in the near future the rent would go up to the tune of 220%. That was too much for us,” relates Pieterse. She made a formal appeal at a council committee meeting but, in the end, the solution was found outside the Tolhuistuin.

Besides financial reasons, there were also other incentives to leave the Tolhuistuin. Framer Framed had a single space on the IJ-promenade, which meant that all the exhibited artworks had to be piled up against the walls whenever a lecture, debate or film was organised. “Only yesterday we were moving all the chairs around. We organise about a hundred public programmes a year. Installing and dismantling each one is very labour intensive,” Bool sighs. “Now, with a thousand square metres we will have enough space to receive more school classes and other public groups, and this is a long-cherished wish.”

Boulevard
Cheerfully Bool continues: “Our new space is on the ground floor and is visible from the street; this lowers the threshold for people to wander in and take a look around. And we are situated on a broad boulevard which offers opportunities to expose art projects in the public space.”

How did Framer Framed end up in this old factory building on the Oranje-Vrijstaatkade 71, where, previously, CBK Oost was situated? Pieterse: “We were offered the space by the independent quartermaster Moncef Beekhof who had been given the assignment by the management of Kunst en cultuur (the Arts and Culture policy department of the Amsterdam city council) and the borough to discover what the possibilities were for a cultural centre in East Amsterdam. We were enthusiastic because, for us, this is a clear step forward. This location will allow us to grow. The space is beautiful; bigger, higher, more visible, and it has daylight.”

Will the nature of the exhibitions change now that they will be shown in a different location? Pieterse: “Yes and no. We will continue to make exhibitions showing the interface between contemporary art, visual culture and politics. But, in addition to that, the local context will play a bigger role in programming, just as it does in our project space in Molenwijk.” 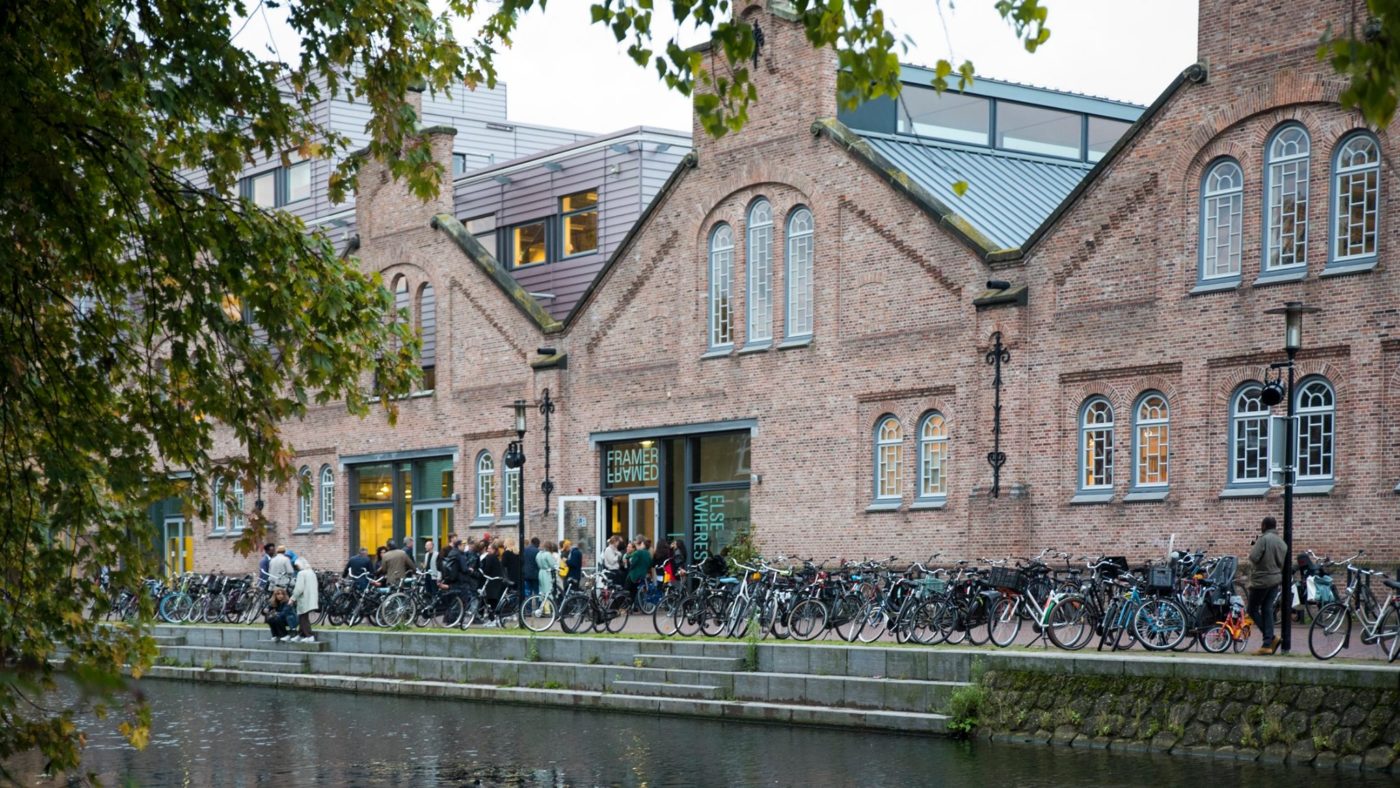 Residential district
Bool adds: “We will soon be situated in a residential district, on the edge of neighbourhoods that each have their own identity: Transvaal, the Indische Buurt, Watergraafsmeer and Oosterpark. The cultural infrastructure here is at least as interesting as that on the Northern shore of the IJ.

We will soon be surrounded by the Rijksakademie, the Tropenmuseum and the International Institute for Social History. There are myriad interesting organisations such as BOOST, The Black Archives, Mezrab, Rightaboutnow, Nowhere and others that we look forward to collaborating with. This city district truly offers us a cornucopia of opportunities.”

Come celebrate our anniversary ánd the last month of Framer Framed at the Tolhuistuin with us!