In the context of the exhibition How Much Of This Is Fiction (2017) at FACT in Liverpool, writer and researcher Florian Cramer shares some of his research into little known factors influencing the rise of the alt-right – a segment of right-wing ideologies presented as an alternative to mainstream conservatism in the US. His presentation maps the emergence of this large white supremacist subculture, shining a light on the complex origins of the cultist language and image codes adopted by the movement.

The alt-right presence has grown on message/image boards such as 4Chan and 8Chan through its appropriation of the meme, and managed to achieve significant cultural dominance, transforming their own brand of meme culture into a powerful and tangible tool. Cramer’s research has not only charted the successes of this unexpected online activity, but has also illustrated the apparent lack of any equivalent sub-cultural energy on the left.

From Trump and Pepe the Frog, to Kek (the Egyptian God of chaos), Cramer’s lecture will challenge the shallow discourse of fake news and ‘post-truth’, which creates a smoke screen covering the actual dynamics at play, and in doing so will course the continual popularity of ‘Fashy’, or ‘fashionable fascism’. 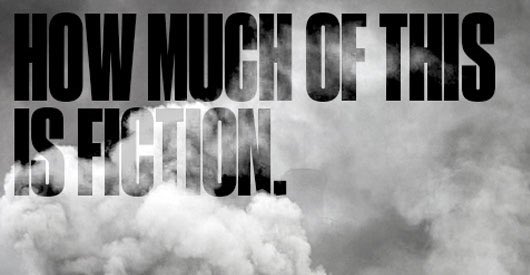 How Much Of This Is Fiction (2017), FACT Liverpool. Design: Ruben Pater

How Much Of This I Fiction was an iteration of the exhibition As If: The Media Artist as Trickster that has been developed in partnership with Framer Framed Amsterdam, FACT (Foundation for Art and Creative Technology) Liverpool (UK) and HeK (House of Electronic Arts), Basel (CH). The traveling show has been curated by David Garcia and Annet Dekker, in collaboration with Ian Alan Paul.